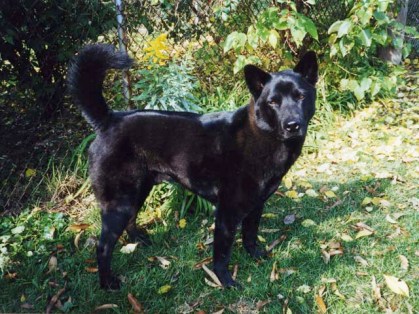 For the first few years of our marriage, my husband Steve and I didn’t have a dog because we couldn’t agree on which kind to get. He wanted a big one, and I wanted a little one. Steve insisted the dog would have to be an indoor dog, so of course I was thinking of all the extra housework involved. One day I decided to give my classroom of fourth-grade students a writing assignment: Write a persuasive paper to try and convince Mr. and Mrs. Briscoe which kind of dog they should get.

That evening when Steve and I went out for pizza, I told him about the assignment. I happened to have the papers with me, and he asked to see them. I was a little hesitant, and for good reason. He took out a pen and started to grade them. Well, I knew what was coming. Every student who suggested a big dog, received and A. Everyone who suggested a small dog was given an F. Some students offered a compromise, and suggested a medium sized dog. They were given an average grade of C. Some went so far as to suggest we get a cat. They received an F! Needless to say, I was not in any agreement with these grades. So underneath every F, I wrote a big A+. Under every A, I wrote my F. Those who suggested a cat, received a double F! (Neither one of us are cat lovers.) I returned the papers the next day and assured the students the assignment was all in fun and the grades would not be recorded.

It wasn’t long after this assignment that Steve surprisingly walked into the house one evening with a very large, fourth-month old “puppy.” I took one look at the paws and instantly knew he was going to grow into a big, very big, dog. I was not happy. Steve hurriedly explained how this had all transpired. A friend of Steve’s had been driving down a dark country road one night and spotted a dog dragging its chain. He picked him up and took him to the pound where the owner was identified from the tags. The owner’s response from a telephone call was, “I don’t want him back. Do whatever you want with him.” Steve’s friend was told, unless he could find someone who wanted the dog, they would have to put him down. “I can’t take him. I already have a dog, but I think I know someone who would love to have him,” he said. And the rest is history. Steve agreed to take the dog, sight unseen.

My unhappiness lasted maybe a day or two, before I was completely smitten and won over. This unloved, castoff became a member of our family and given the princely Spanish name of “Lobo de la Noche,” Night Wolf. The name fit him well. He grew into a gorgeous, princely looking, loving dog. Steve always claimed Lobo was “his dog,” but truth be known, I believe that dog was sent into our lives at that particular time, for me!

It wasn’t long thereafter, that Steve accepted an assignment to work in Iraq and I was left alone for many months at a time. Lobo became my constant companion and buddy who kept me entertained and kept me laughing. It’s amazing, really, how many life lessons a dog can teach us. I remember one in particular, with great fondness. There were times, late at night, that I would be at my computer typing an email to Steve when Lobo would quietly enter the room. He would walk over and lay his muzzle in the crook of my arm and look up at me with these big, brown, pleading eyes. Of course, I knew what he wanted. He loved going for walks at night. His name fit him well. However, even though we lived in a safe neighborhood, I was not a big fan of going for walks at midnight by myself. I would simply look at Lobo and say, “Not now, Lobo. We’ll go later.” I was always amazed at his response and how he always seemed to understand my human utterances. He wouldn’t linger, continuing to beg, he would simply walk quietly out of the room and return to the love seat in the living room, which he had claimed as his domain. He didn’t get what he wanted, but he never fussed about it, or demanded his way.

Sometimes when I pray to God and ask Him for something, I’m reminded of the lesson Lobo taught me. Many times, we don’t get our answers right away. There’s usually a reason for that, and often it’s because the timing is not right, and only the Master understands that. Sometimes I have to stop and check my attitude and my response. Do I stand before God and demand my way? That can have disastrous consequences. Or, do I just quietly and lovingly accept the answer of “No, not right now.”

Sometimes I would watch Lobo walk out of the room after being told “no,” and be so impressed with his quiet acceptance and sweetness of spirit. It made me love him all the more, and of course I had great plans for the two of us to go for an early morning walk and a run in the park only a few hours later. I really, truly enjoyed giving him the desires of his heart. I loved seeing the joy dance in his eyes. I’m so glad I learned to love a big dog. He taught me so much.

So, I often remind myself, when I pray to God, to be careful of my response. I need to remember His timing is perfect, and that He does have the most amazing and wonderful plans to share with me, if only I can be patient. I know, in my heart of hearts, that He also loves to see the joy dance in my eyes.  And so, I wait. I know He’s watching my response. I hope He’s pleased.

View all posts by Margie Briscoe

4 thoughts on “A Lesson from Lobo”